We want to thank all of our sponsors for their continued support of our show! The contributions from the following supporters is what makes Team Vital Shot successful. If you are interested in sponsoring our show, please email us at teamvitalshot@gmail.com or call (231) 920-3047.

“During the fall of 2018, Matt had a seller list his home and land with Team Dakoske as a result of seeing Vital Shot Productions. Matt sold his beautiful home on 50 plus acres in just TWO Days!”

I wanted to reach out to let you know that your our sponsorship of your show has continued to reach viewers and helped us not only grow our brand awareness and sales but also allowed Killer Food Plots to continue helping more and more people realize greater Success. We have received emails, Facebook messages and phone calls from viewers of the Vital Shot Series inquiring about specific KFP product you and your staff spotlighted and of mentioned while putting in your food plots and while on stand filming. Education of our customers on how to implement the products we offer and explaining the difference KFP products make in the hunt has clearly been demonstrated by you and your Staff based on the feedback we receive year after year from your viewers and fans. Myself and our Staff appreciate the relationship we have built the past 5+ years with you and your Team and look forward to another Success filled year in 2020.

We received 4 calls on our docks and boat lifts after our first weekend airing with Vital Shot!

If you would like to become a sponsor please fill out the form below and we will contact you.

IT’S IN OUR VANES™

The Bohning Company is one of the cornerstones of today’s archery industry. It is our company’s firm conviction that the benefits of growth and the confidence and respect of the people and firms we serve can only be achieved by maintaining or improving the quality of each and every Bohning product.

For more than 15 years, ConQuest Scents has been selling premium hunting scents to hunters around the country. What separates us from the majority of other companies on the market is the white-tailed deer farm we’ve had for more than 27 years in Davison, Michigan. You can find hunting scents, scent dispensers, dog training scents, merchandise and more on our site. Call us at 888-653-2759 to learn how to make your next hunting trip more successful.

A high quality cultipacker is one of the most underutilized pieces of equipment in the food plot industry today. The Packer MAXX cultipacker helps maintain soil moisture retention, improves seed to soil contact and ensures superior seed germination for all seed types. The extremely durable roto-molded polyethylene construction is light weight when empty, allowing for ease of use and transport compared to conventional cast iron cultipackers. 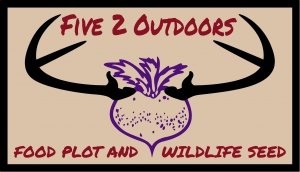 We sell our own brand of seed Five2Outdoors.

Help the herd or flock. It is crucial to have year-round food to help the animals survive thru the winter and early spring before the primary green-up. We like to be conservationist and help the animals we seek.

The hunt is what we are all after, the allure of not knowing and trying to seek and outsmart an animal at is own game. Planting food plots tips the scale to your advantage out in the field.

The rewarding part of it all.  No matter how you harvested your animal, if you are trying to fill your freezer or after a specific trophy you watched all year, nobody can disagree that it is a little more gratifying when you see the fruits of your labor come together to make it happen.

The pounding in our chest during the chase that propels you to continue year after year to feed your outdoor addiction.

We provide archers worldwide with the highest quality products on the market and back them up with a customer experience that is second to none. We rely on all employees to work as a team in order to provide this service. 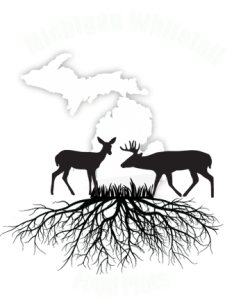 With over 20 years of experience planting food plots from the rich soils of Central and Southern Michigan to the sandy soils of Northern Michigan, we have found a way to create healthy food plots to increase deer herds and increase hunter success!

Prime Archery is a line of the most technologically advanced bows on the market with the dedication to improving accuracy through a cooperating system.
Bows that continue to push the boundaries of technology and make you the most accurate archer you can be!

ScentLok is the innovator and industry leader in odor-adsorbing hunting apparel with revolutionary Carbon Alloy technology.

Bill Dewitt founder of Ten Point Taxidermy. Bill has studied the art of preserving wildlife as it was intended in nature and creating detailed mounts.

As a lifelong resident of West Michigan …he grew up hunting and fishing in the surrounding area. It was through his love of the outdoors that he began his passion of taxidermy. In 2004 Bill opened Ten Point Taxidermy and has built his business by priding himself in delivering quality work and outstanding customer service with a wide range of specialties. He specializes in marine life, mammals including (Exotics), Birds and custom life like habitats by determining what each client has envisioned.

Bill has partnered up with resources like Team Vital Shot, Johnson’s Great Outdoors and Norton Shores Police Department, to sponsor programs and raise funds, as he believes it is important giving back to the community. 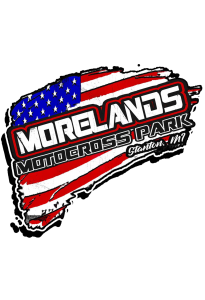 Morelands Motocross Park is located on 33 acres of natural northern terrain. Soil conditions on the MX track are mostly clay with some sand. The MX Track features excellent drainage for speedy recovery after rain events. The track is designed for all riders ranging from beginner to pro and suitable for all ages. We offer jumps ranging from 15ft to 90ft allowing riders to gain confidence as they become more comfortable. Our large banked corners make it flow very smoothly while also offering a wide track design suitable for both practice and racing applications.

Our track is able to be illuminated at Night for scheduled practice and race events.  Moreland’s features excellent dust control initiatives with a state-of-the-art underground irrigation system boasting the ability to control dust and maintain the track daily.

We are dedicated to holding ourselves to the highest ethical and moral standards in our relationships with our customers, employees, the communities we serve and our suppliers. We will build long-term relationships with the members of the communities we serve by taking the time to understand their individual needs and goals and providing quality information, products and services at a fair price. We will be a family of employees in which each member will have an opportunity for professional growth and advancement, will enjoy the experience of working here, and whose contribution is vital to the success of the company. We will be innovative and strive for continuous improvement in our products, services and processes. We fully recognize the enormous responsibility we have as the fourth estate and will ensure that our business has a positive effect on the communities we serve and are committed to fulfilling this obligation.